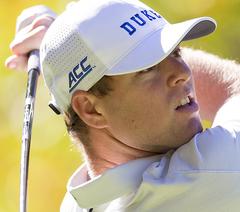 DAVID PASTORE
"Organizing travel, lodging, transportation, and caddie services can be very difficult, stressful and expensive when playing tournaments in unfamiliar places. Mike was a huge help in allowing me to take my mind off the logistics which allowed me to focus on golf and preparing the best I can. In addition, his package deal helped save money vs traditional hotels and rental cars. Traveling together with Mike and the other players was much preferable to traveling alone because the camaraderie shared helped make being away from home easier and more fun."​​

​Born and raised in Greenwich, Connecticut, David's father first put a club in his hands while he was only 2 years old. However, as a child David enjoyed many sports including baseball, football, and basketball. It wasn't until he became a teenager that he chose to pursue golf with a more detailed focus. Through The First Tee and Met PGA Junior tournaments, David began to gather experience. David spent tenth grade attending The David Leadbetter Academy at IMG honing his skills in an intensely competitive environment. After returning to Greenwich High School, David earned back-to-back FCIAC Player of the Year Awards, including CIAC State Player of the Year in 2010 when he recorded the lowest scoring average in FCIAC history.

After being recruited by many top Division I programs, David accepted a scholarship to play for The University of Virginia. While he did not compete in any varsity events during his first two years, he began to make a splash his junior year finishing with the second lowest scoring average on the team. In his final season, David placed in the top-20 in six of eight events including three top ten's and a Win at the Jim West Intercollegiate. He finished the year with a 71.41 scoring average for 22 rounds.

David turned professional after reaching the Final Stage of Web.Com Q-School in 2014. His first season saw him play primarily on the MacKenzie Tour PGA Tour Canada, but also included two Web.Com events and Monday Qualifying for the Travelers Championship on the PGA Tour. His 68.78 scoring average was 5th on the MacKenzie Tour.

MAX GREYSERMAN
"Working with Mike on and off the course in Canada was a great experience that I won't forget.  He helped me feel at home in a foreign country and let me borrow his car to go successfully qualify for the US Open while he stayed in Canada. He always puts the players first and his selflessness did not go unnoticed"

Raised in Nashville, TN. In May 2017, Stoney graduated from Lipscomb University where his teams national ranking improved from 200 to top 30 in his four years at Lipscomb as well as our NCAA Championship birth. He was a Srixon All American Scholar athlete and majored in finance while also earning multiple Atlantic Sun Conference Players of the week. Stoney has known for some time that he wanted to play professionally, and is ready to make his dream a reality. In his last amateur summer, Stoney finished 2nd at the Trans-Mississippi Championship and the Southern Amateur.  Upon turning pro, Stoney was ranked 67th in the world according to World Amateur Scratch Golf Rankings. He played his first professional events in the spring of 2018, on the Swing Thought Tour, and earned two 3rd place and one 2nd place finish. Stoney is extremely excited to go North and play on the Mackenzie Tour!

EVAN BOWSER
"Tournament Caddy makes you feel at home while providing excellent accommodations at a fair cost.  Mike takes care of you like family and handles all on and off course needs. This ensures I'm at my absolute best on the golf course.  I endorse his services without any reservations!"
​​​
​Evan finished his career at Oakland University as the program's career leader in stroke average and number of rounds under-par ... First player since 2005 to win League Tournament ... First player to win a tournament as a freshman and garner all-league accolades in all four season seasons ... Tied the single-season school record with a low round of 65. His scoring average of 73.58 is tops in program history, passing current PGA Tour player Brian Stuard's 73.82 (2001-05). Broke Stuard's record for more career rounds under par at 29 ... Three-time United States Amateur Championship qualifier (2012, '13, '14). Three-time conference champion in high school. Three-time state finals qualifier.
2015-16
▪ Led team with 73.43 stroke average and ends career as program's leader at 73.58
▪ Named to Cleveland Golf/Srixon All-America Scholar for second-straight season
▪ Ranked top-5 in the Horizon League in stroke average
▪ Named All-Horizon League first team for the third consecutive season
▪ Became first player in program history to be named all-conference in all four years
▪ Posted seven rounds under-par and set school's career mark at 29 rounds under-par
▪ Earned three top-10 finishes including earning fifth place at the Derek Dolenc Invitational
▪ Set school record for lowest score under-par in a 54-hole tournament with a 8-under-par 205 at the Derek Dolenc Invitational (Sept. 28-29)
▪ Placed 11th at the Horizon League Championship with a 225 (+9) after posting a opening round 70 (-2)
▪ Shot season-low rounds of 68 (-3) two times, both during the Derek Dolenc Invitational
▪ Shot a 215 (-1) at the CSU Invitational on Oct. 5-6 finishing tied for seventh
▪ Shot a two-day score of 149 (+7) at the Dayton Flyer Invitational (Oct. 19-20) placing tied for sixth

Ryan is a graduate of Seton Hall University. Born and raised in Sparta, NJ, and I am currently residing in Palm City, Florida where I am pursuing my professional golf career. Ryan turned professional in August of 2016 and is playing his rookie year of PGA MacKenzie Tour Canada. He hopes to earn full exempt status on the Web.com Tour by being the #1 on the money list at the end of the Canadian tour season. Ryan’s long term goals include being a top competitor on the PGA Tour within the next 3-5 years. Ryan is hardworking and dedicated to improving his game and is very grateful to have a supportive family and team around me to help me accomplish this. 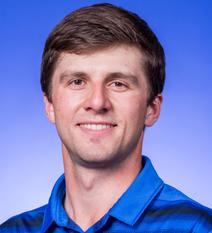 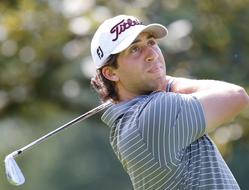 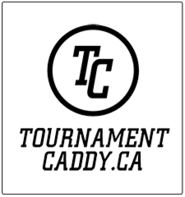 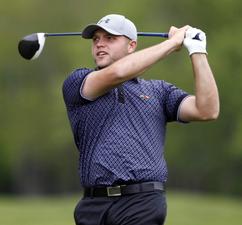 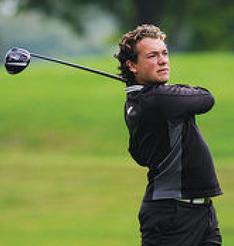 DUKE UNIVERSITY - 2016-17: Competed in 37 rounds over the course of 13 tournaments … captured three top-5 finishes, three top-10 finishes and a top-20 finish … best results were two T-1 finishes at the Queens Invitational and the Myrtle Beach Intercollegiate … rounded out the season with a 72.22 stroke average, third-best on the team … posted 11 rounds in the 60s, second all-time in program history to Ryan Blaum (12) … earned 2017 ACC All-Academic team and 2017 Srixon Academic All-America honors … secured a T-10 finish at the 2017 ACC Championship ... shot a 63 (-8) second round at the GCU Invitational, second lowest round of 18 in program history.